Alabama inmates can call home for less under new phone plan approved by the Alabama Public Service Commission (PSC), which will lower the cost of phone calls from jail and prison inmates and help stop what it says are excessive fees.

Commissioners said the plan will help families who sometimes face unfair costs for trying to stay in touch with an incarcerated relative.

The plan sets caps on calling rates, sets caps on some fees and bans other fees; it calls for rates to drop incrementally over the next two years.

– For prepaid calls, 25 cents/minute this year, dropping to 23 cents in one year and 21 cents in two years.

For calls from jails, collect and prepaid:

But as we know very well, per-minute charges are not the end of it: fees make up a big portion of what inmates and their families pay to talk on the phone, he said. Many of those fees are associated with accounts set up for inmates to make prepaid calls.

Other fees are capped. For example, the fee to make a payment by credit card, which can be as high as $7.95, is capped at $3.

People who accept collect calls from inmates on cell phones can now be billed $9.99 or $14.99 under convenience payment plans for a single call, regardless of duration. The PSC plan will cap those charges at $6 per call. 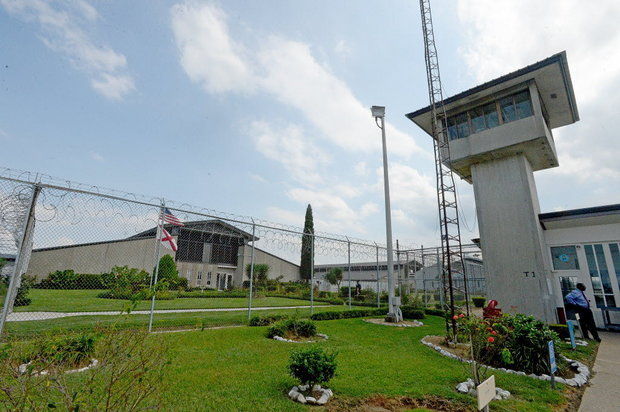 The national proposal being considered by the FCC would eliminate some fees, as well, but according to the PSC, would allow new charges that result in a net increase in what inmates’ families pay.

It calls for rates of 20 cents a minute on all prepaid calls and 24 cents a minute on collect calls, one-cent lower than the target rates in the Alabama PSC plan and the current interstate rates set by the FCC in February.

But the PSC, in its rebuttal, said the national plan would add a “validation fee” that would make the effective rates slightly higher than the PSC’s proposal.

Providers would also be able to charge fees that the PSC considers excessive, including a $7.95 fee for every transaction and deposit on an inmate’s prepaid calling account.

Another point of contention is “site commissions,” which are payments by the phone service providers to jails and prisons.

The FCC proposal would eliminate site commissions, or reduce them to an administrative cost payment to jails and prisons to recover costs they incur for providing inmate calling service.

The PSC says the proposal before the FCC would amount to interference in intrastate commerce and would undermine the PSC’s regulatory plans.

Have an inmate in Alabama? Tell us about your experience!

Read more stories and found out more about prison and prison phone issues in our BUZZ!